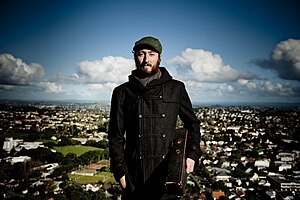 Avalanche City is the stage name of indie folk musician Dave Baxter from Auckland, New Zealand. He is best known for his 2011 New Zealand No. 1 single "Love, Love, Love" and his 2015 single Inside Out, which also charted at No. 1. In 2011, Dave Baxter was awarded the APRA Silver Scroll and nominated for three New Zealand Music Awards, including Breakthrough Artist of the Year, Song of the Year and Album of the Year.
Source : https://en.wikipedia.org/wiki/Avalanche_City