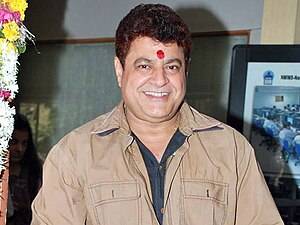 Gajendra Singh Chauhan (born 10 October 1956), known professionally as Gajendra Chauhan, is an actor known for his work on Indian television, especially his portrayal of Yudhishthira in the historical television series Mahabharat (1988–90). He has also had significant roles in a few B movies, and a larger number of cameo appearances in other films. In 2015, he was appointed chairman of the Film and Television Institute of India (FTII), which sparked controversy and opposition by FTII students, leading to his resignation in October 2017.
Source : https://en.wikipedia.org/wiki/Gajendra_Chauhan