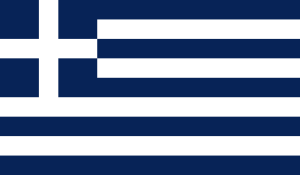 The Greek junta or Regime of the Colonels was a far-right military junta that ruled Greece from 1967 to 1974. On 21 April 1967, a group of colonels overthrew the caretaker government a month before scheduled elections which Georgios Papandreou's Centre Union was favoured to win. The dictatorship was characterised by right-wing cultural policies, restrictions on civil liberties, and the imprisonment, torture, and exile of political opponents. An attempt to renew its support in a 1973 referendum on the monarchy and gradual democratisation was ended by another coup by hardliner Dimitrios Ioannidis. The junta's rule ended on 24 July 1974 under the pressure of the Turkish invasion of Cyprus, leading to the Metapolitefsi ("regime change") to democracy and the establishment of the Third Hellenic Republic.
Source : https://en.wikipedia.org/wiki/Greek_junta